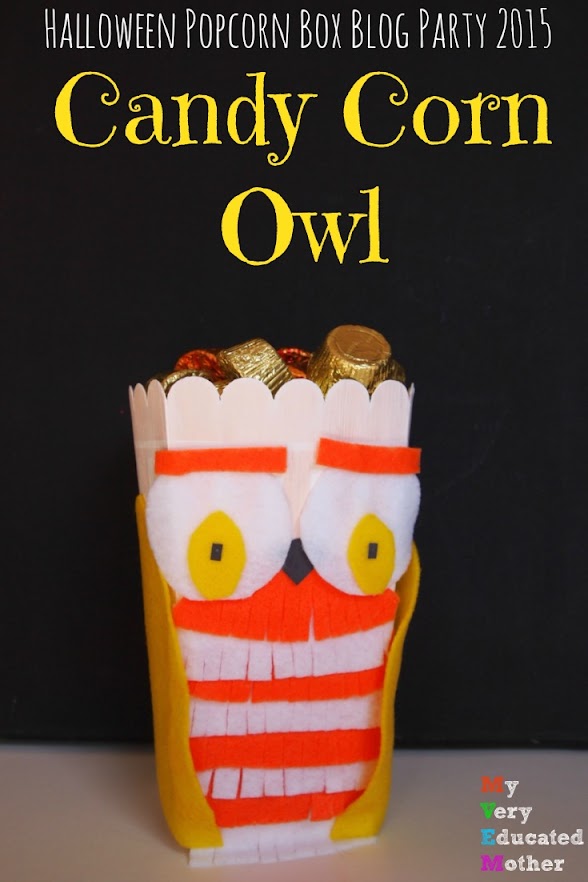 For the past couple of years Laura, of Laura Kelly Designs and Me and My Inklings, has hosted a Halloween Popcorn Box Blog Hop and this year, I'm happy to announce, I was asked to participate! The gist of the hop is that up to 50 bloggers are given a popcorn box and asked to create something...anything, as long as it uses the box. Now, on to the crafting!

I knew I wanted to make something candy corn inspired them. Why not an owl? Owls have both a Halloween and fall appeal to them - this means you won't have to tuck him away at the end of the month, he can hang around until Thanksgiving without seeming out of place! 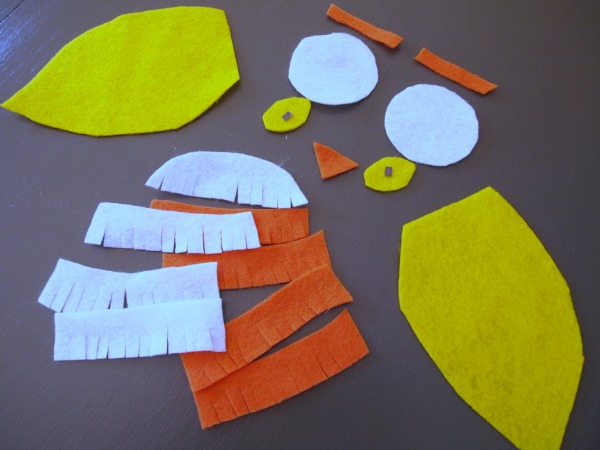 To make your own Candy Corn Owl Popcorn Box, you'll need white, yellow, orange, and black felt. I'm sorry I didn't make a printable template for the felt pieces, but I promise they're not hard to cut freehand. Here's what you'll need. (Yep, in the picture above, I made a boo boo - the beak should be black, and the curved feathers should be orange.)

In BLACK, two very small circles or squares (PUPILS), and one small triangle 3/4"ish (BEAK). Note: I used black paper instead of felt, and it worked just fine. 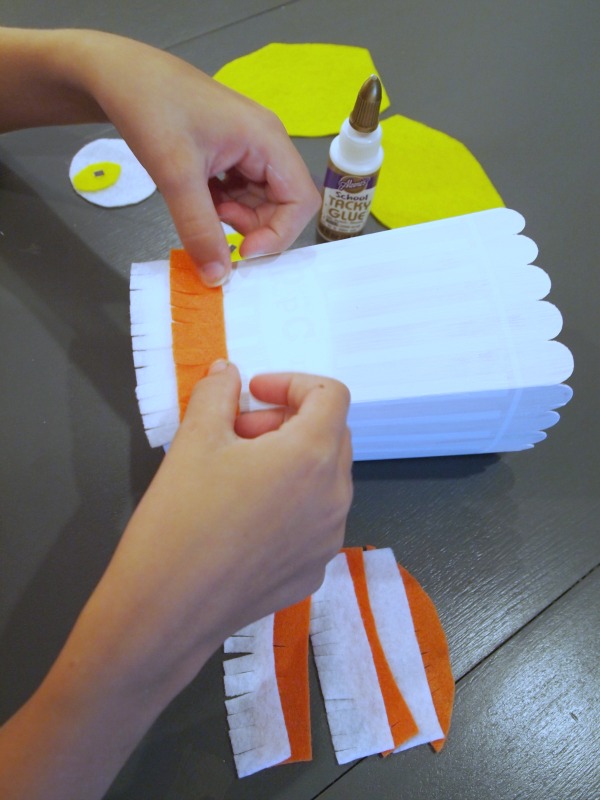 To get started, I painted the box white (4 coats and you could still see the red - go figure), and while the paint was drying, I cut out my felt pieces and gave all the white and orange rectangles a fringe and glued all the parts of the eyes together.

Once the box was dry, I began gluing everything on starting with the white and orange feathers, just be sure to cap the chest off with the white curved top rectangle! Next came the beak, then the eyes, and finally the wings.

You'll notice in the picture below I glued the wings on at an angle so that they would overlap to the front of the box. 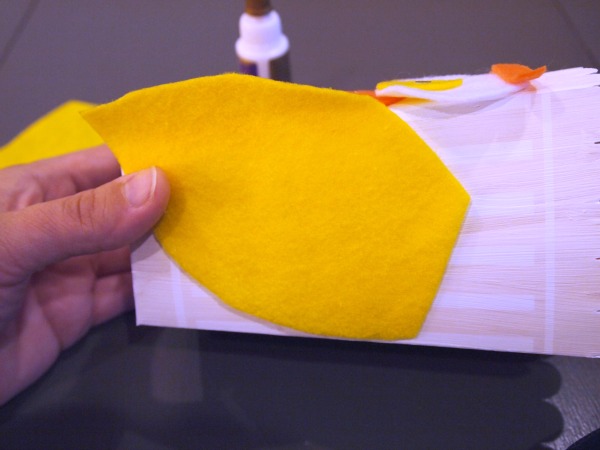 ALMOST FORGOT! Because the box is wider at the top than the bottom, I trimmed the feather pieces so that they were flush with the sides of the box. SEE BELOW. 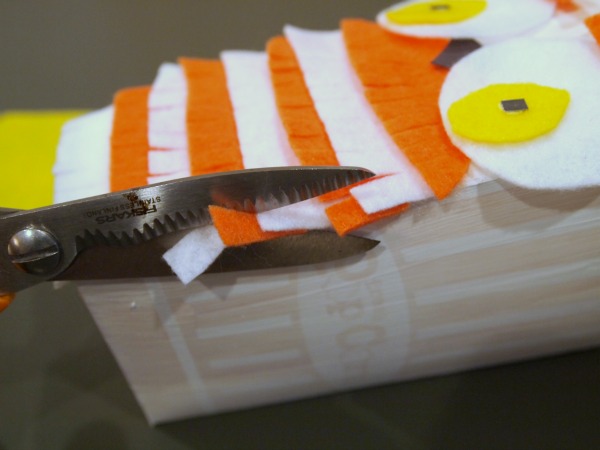 Once you cut out all your pieces, this project is easy enough to let the kids put together! 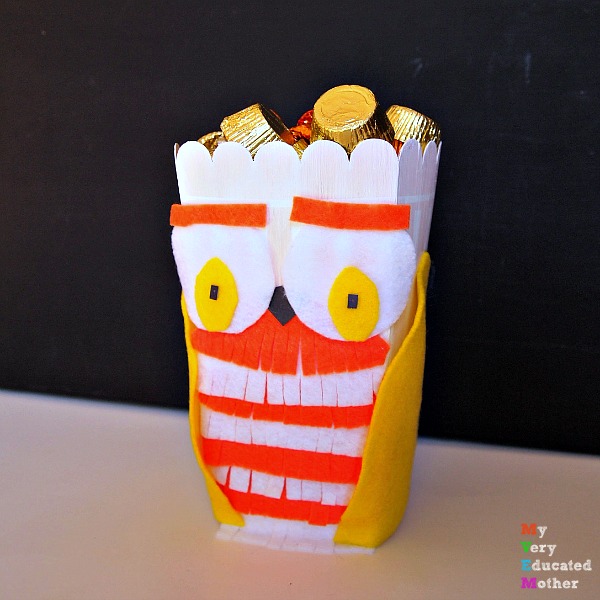 See what all the other participants made with their popcorn boxes!
An InLinkz Link-up
Email Post
Labels: Crafting Crafting With Kids Fall Giveaways and Swaps Halloween Holidays Paper craft