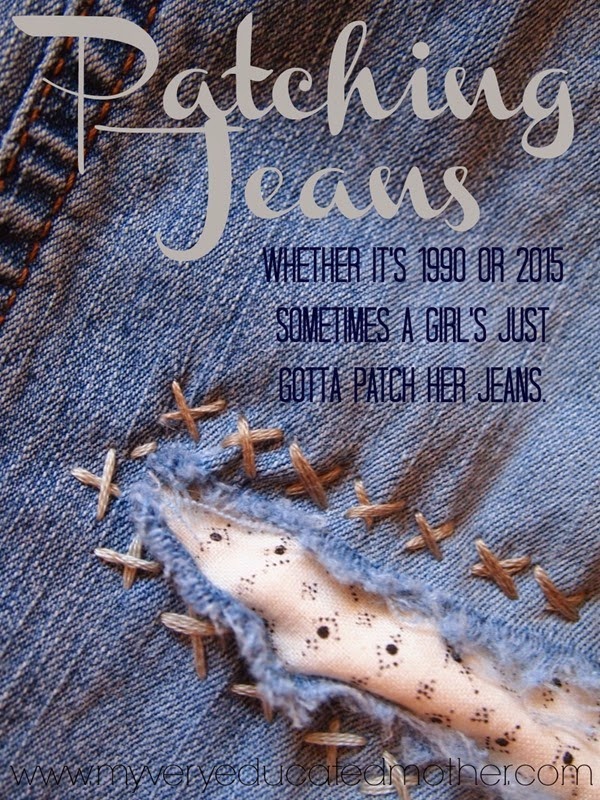 Flashback to the early 1990s: picture me sitting on my bed, a Sassy magazine thrown to the side and Temple of the Dog playing on my cassette deck. I’m using a pair of scissors to carefully distress the knees of my jeans before I take a marker to them. Those were the day, when comfort and flannel ruled and if your coolest concert t-shirt got a hole in it, it just made it that much cooler. Sigh.

Now…I’m a Mom, and I realize I’m the only one who feels a twinge of nostalgia every single time I see my kids in jeans with the knees ripped out. Usually we go the cut-offs route because let’s be honest, they just don’t make jean shorts LONG enough for girls anymore, but that’s an entirely different conversation to be had! Since it’s still a little early for shorts this year we opted for patches.

Flashback a little further: cue Madonna’s Like a Prayer - before I went grunge I wanted to be a pop princess. Then I didn’t distress my jeans I decorated them with ribbons, buttons, chains, and patches! I remember feeling like a fashion genius (don’t laugh) when my little sister’s friend paid me a dollar to decorate a pair of her jeans. Those were the days…

Back then when I put on a patch I’d just slap it over the hole and stitch around it, this time I went with a different approach. I put the patch under the hole and used embroidery floss and as decorative stitches as I could muster. They should hold until summer hits and then we’ll be getting the scissors out again. 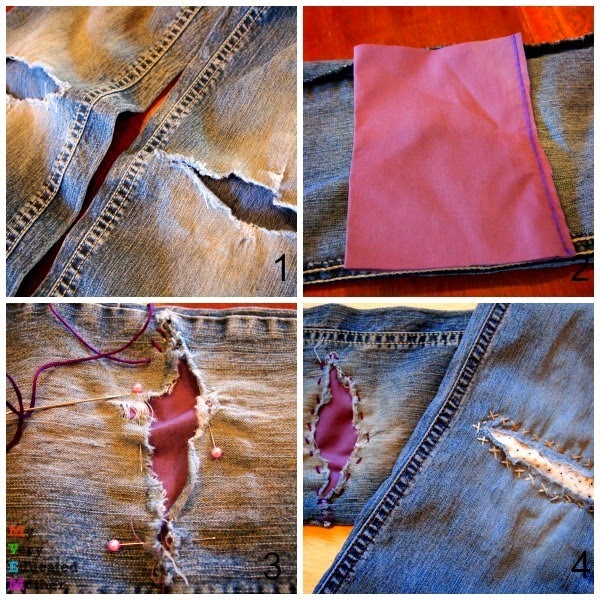 Step 1: Cut away any loose strings.

Step 2: Cut a scrap piece of material to serve as your patch, make sure it’s big enough! You can always trim it down after you’ve sewn it into place.

Step 3: Pin the patch in place and start sewing!

Step 4: Grab another pair of jeans and begin with Step 1. 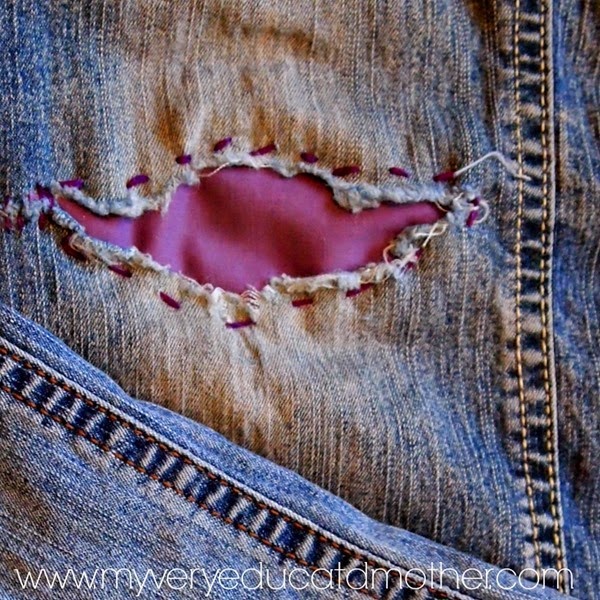 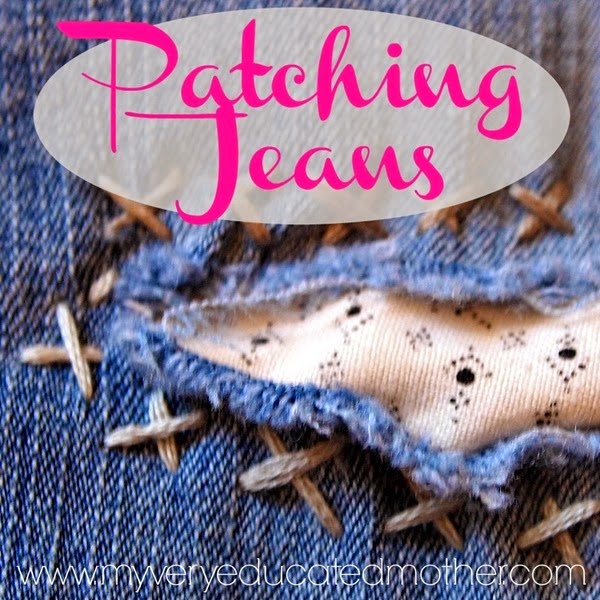