Fine motor skills, shapes, colors, patterns, this simple DIY toy is an awesome learning tool and better yet it’s an gift idea easy enough for the kids to put together! Head on over to Craftastic TV and see how I put it together or go straight to the YouTube video! 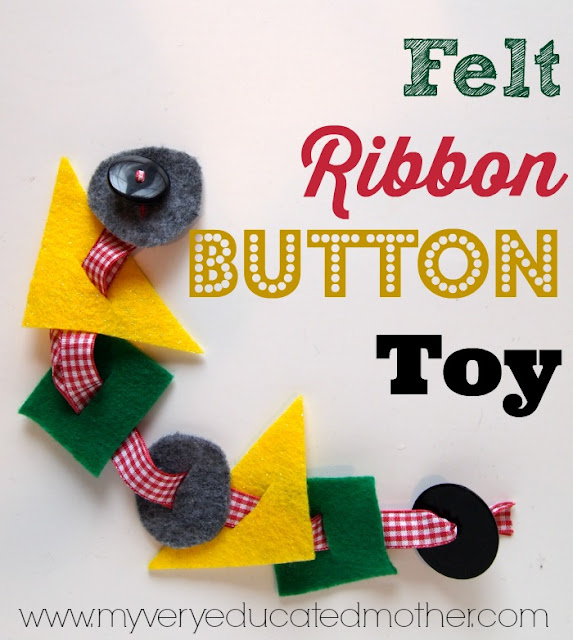 I mention it in the video and in the description but I really can’t say it enough. Unlike the ribbon snake projects you see on other blogs I’m recommending that you weave the ribbon through the buttons rather than sewing the buttons to the ribbon. Maybe it’s because I’ve had a couple kids who never outgrew putting things like buttons in their mouths, but I try to avoid potential choking hazards whenever and wherever I can. If you’re worried that little hands might get tangled up in the doubled ribbon just tie knots along it. The felt should be able to get over the knots and little fingers won’t get hurt.