The first Sunday after Labor Day is a special day; it’s National Grandparent’s Day! I’m so thankful to have parents who are active in my kids’ lives and having a day to show our gratitude is a great excuse to craft! Hopefully this time I’ll remember when the day comes and get these cards delivered. As I’ve mentioned before I can be forgetful. 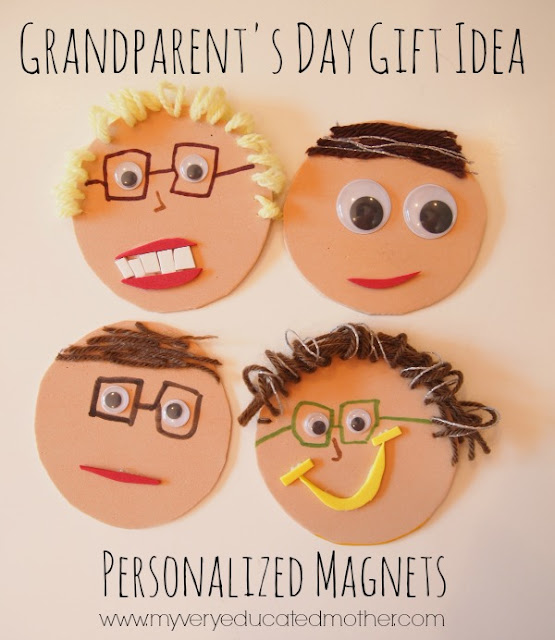 This year we’re making these terribly cute, personalized magnets and cards. The kids had a blast putting these together and hopefully, yours will too!

Start off by cutting circles out of the foam for faces. From there I let the kids use the supplies to create caricatures of their grandparents! 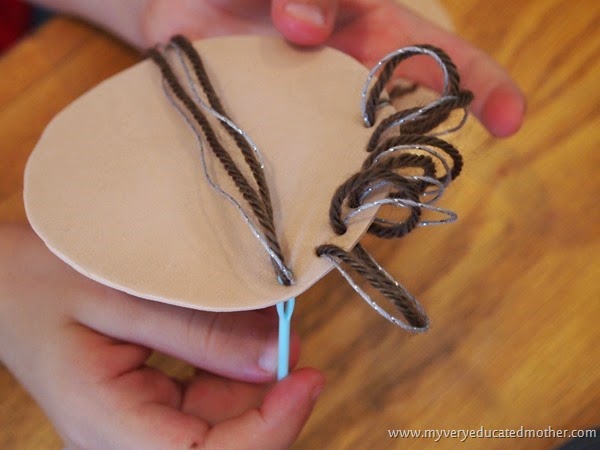 We used the needles and yarn to make loopy curly hair for the Namas. For the Pawpaws we put a layer of glue on the foam and then laid strips of yarn across it. After the glue dried we gave them haircuts. Because we all know that Pawpaw S gets his haircut regularly on Saturday mornings. 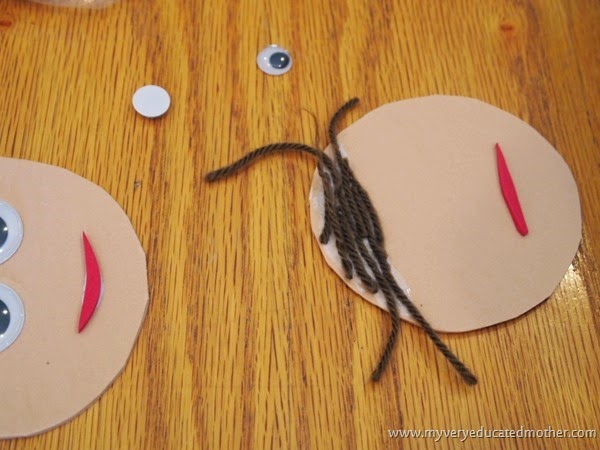 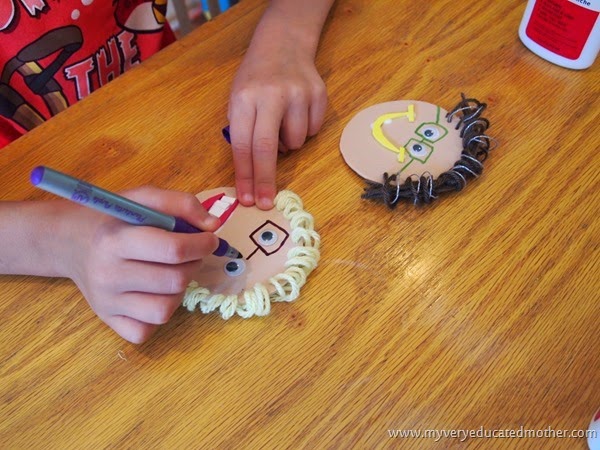 The googly eyes were adorned with marker-drawn eyeglasses, and strips of red and white foam made fun mouths complete with Chiclet-like teeth. 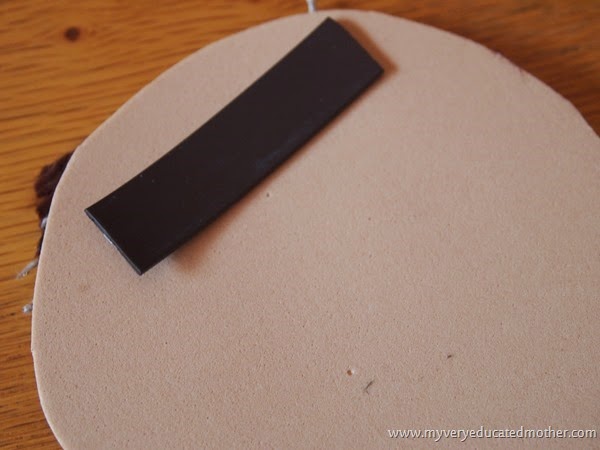 Once the glue dried on the front, I hot glued strips of magnet to the back of the faces. Then I took a little bit of double-sided tape and attached them to the cards (white cardstock folded in half).

A little help was needed with the spelling but not with finishing up our little grandparents! Inside the cards, we wrote personalized messages, along with a note that the faces were actually magnets. Not that I imagine the kids won’t tell them! 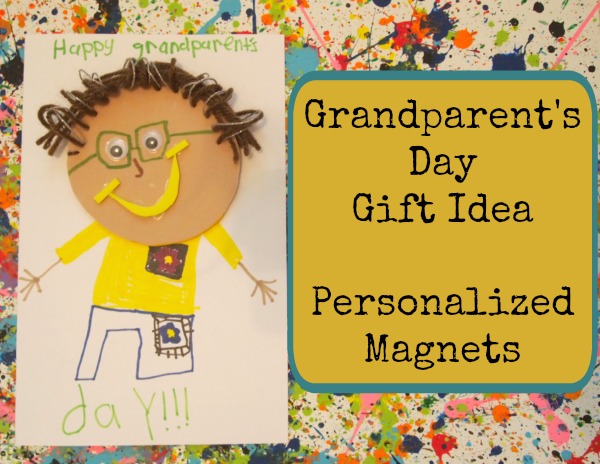