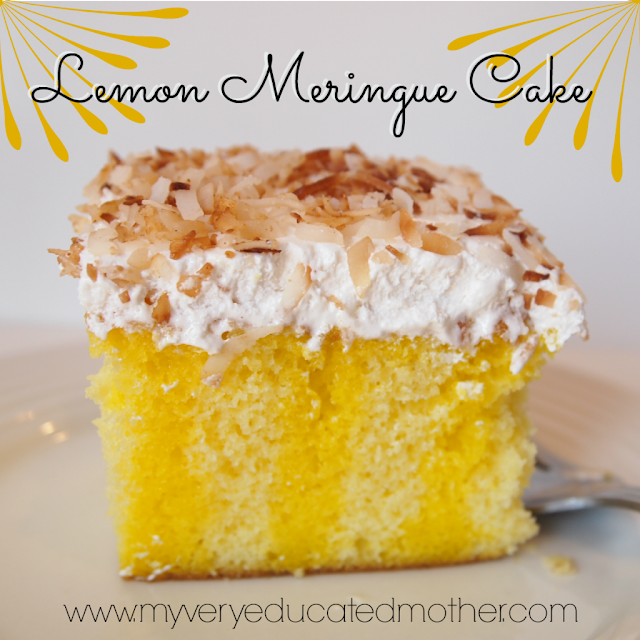 We aren’t even a week into spring and it’s already snowed (and melted) twice here in Missouri but I haven’t let that deter me from enjoying the new season. Today I’m sharing with you a recipe that my husband called, “…possibly the best thing you’ve made yet.” Since it’s relatively easy to make it is sure to be my go-to dessert this spring and summer. Hope you enjoy it! 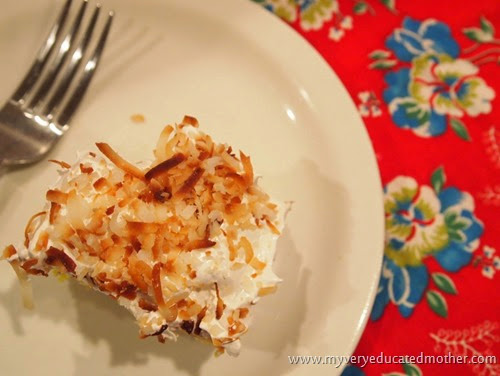 Ingredients
Make the cake as directed and once it has cooled use a fork, or the end of a wooden spoon, to poke the cake about every inch.

Mix the Jell-O with the boiling water and then add the cold water. Pour over the cake and cool for at least 3 hours.

Meanwhile spread the coconut onto a cookie sheet and toast in the oven. Honestly I have so little patience I set the over on broil and just hovered over it until they reached the color I was looking for! Let it cool and set it aside.

The icing is a basic 7 minute recipe, to make it put the sugar, 1/3 cup of water, and baking powder in a small saucepan and cook until the sugar dissolves and the mixture becomes bubbly. Be sure to stir it constantly.

In a mixing bowl combine the egg whites and vanilla. Slowly add the sugar/water mixture while beating on high speed for seven minutes. The icing should be light, fluffy and taste like a cross between a true meringue and marshmallow fluff.

Ice the cake and top with the toasted coconut. I should mention, if you are so inclined you can also toast the coconut on the stove in a skillet. However as you can tell from the picture below it didn’t get as good a color and broke into smaller pieces while I moved it around to keep it from sticking. 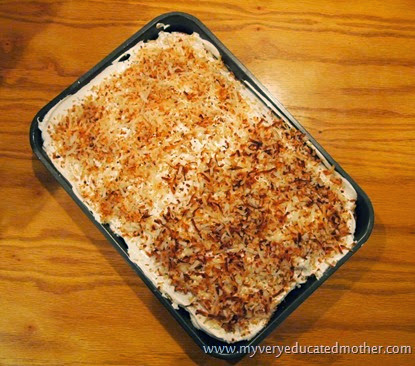 Store the finished cake in the refrigerator. 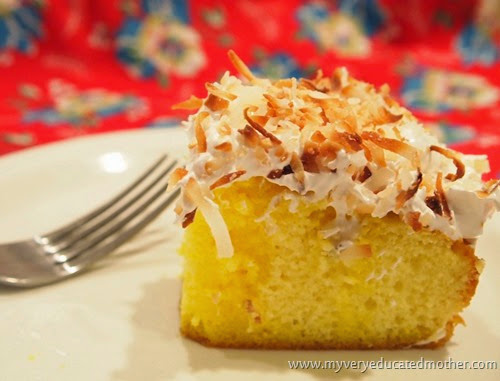