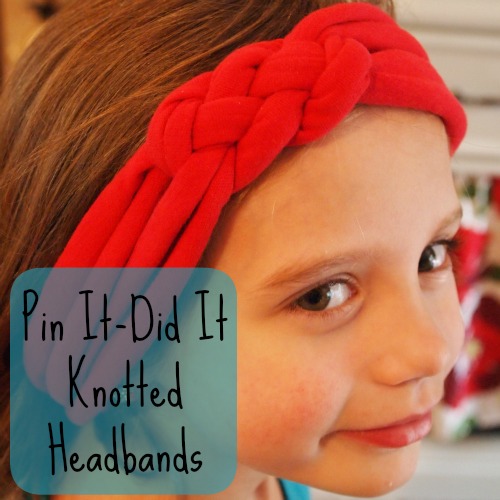 Whenever I found out I was expecting I went on a pinning spree and that is when I found this super cute T-shirt Headband. I don’t have any headbands, at least none that aren’t those really skinny elastic bands, and I have plenty of scrap t-shirts. The tutorial is a no-sew but I’m not keen on hot gluing anything I’m going to be wearing so I did make some adjustments. My notes are below! 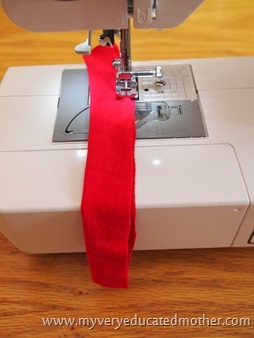 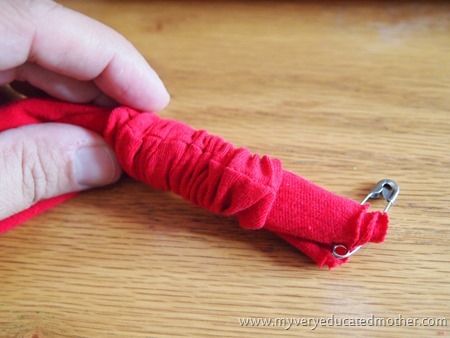 Ta-Da! I think the pictures are easier to understand than my instructions, sorry. This project took less than 15 minutes so it’s super easy and fun to through together in a jiff. Plus it’s easy to measure and cut the band to the size you need. Obviously, my daughter’s was much smaller than mine. (Only the four-inch headband is shown.) 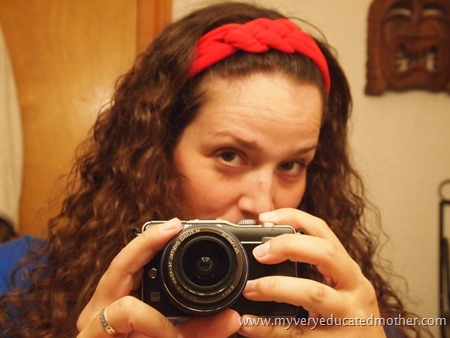 What have you been pinning?
Email Post
Labels: Craft Lightning Crafting DIY Getting My Girly Back Pin It - Did It Recycling Craft