Summer of Science: Thunder and Lightning 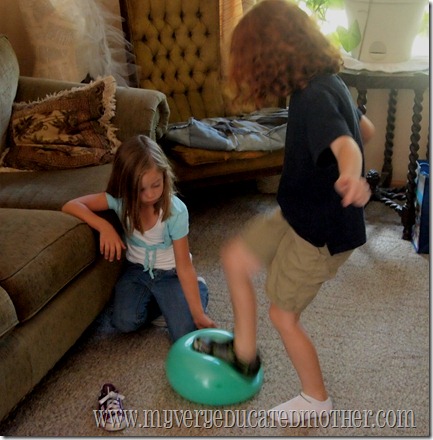 Is it just me or does lightning always looked like it’s spelled wrong, and by that I mean when it’s spelled right and when it is in fact spelled wrong?  Anyway.  This time of year we usually start experiencing severe thunderstorms, flash flooding, and even the occasional tornado, though you wouldn’t know it with the drought that’s still going on, so I thought now would be the perfect time to explain how the sounds of thunder and the crackle of lightning are created.

These two Summer of Science experiments are super easy and lots of fun….I mean who doesn’t like to pop balloons after rubbing them on our head?

This one couldn’t be easier, pop a balloon… 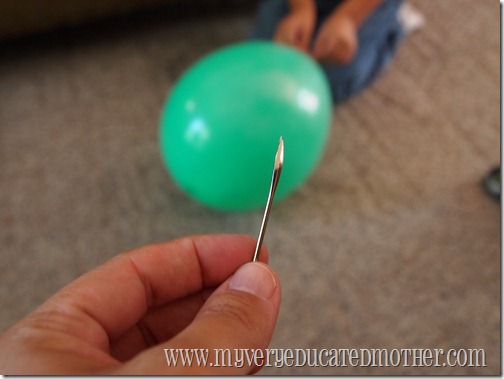 Now ask, “Why does the balloon make such a loud sound when it’s popped?”

Explanation:  The air inside the balloon is under pressure, much like the air during a storm.  When you pierce the balloon the air rushes out, subsequently ripping the balloon even more, and pushes the air that was outside the bag away from the bag.  This air continues to move in a wave and the sound is heard once the air reaches an ear to hear it. Essentially it’s a mini sonic boom.

Thunder works much in the same way.  Everyone knows that lightening is hot…seriously hot.  So hot in fact that it heats the air through which it passes.  The air then expand in a wave and the sound, of thunder, is heard once that air reaches an ear to hear it.  Essentially it’s a mini sonic boom.

During thunderstorms you may notice that radio stations are filled with static, what exactly causes that?  First we’re going to recreate the static.

Turn on a radio, it’s best to have the volume all the way down.  Take a balloon and rub it on your head, generating a good dose of static electricity.  Bring the balloon close to the antenna.  Listen carefully and you will hear a pop or crackle.  It took a very long time for Vin to hear the pop.

Explanation:  When we rub the balloon on our head we are building up an electrical charge and when we bring it close to the antenna the charge releases and produces a radio wave heard through the radio.  Lightning is one giant electrical charge so instead of creating a single pop or crackle (like our balloon created) it actually creates a cacophony of pops and crackles.

Join us Thursday for directions on how to create your own tornado bottle or just Subscribe and have it delivered to your inbox!  As always don’t forget to check out  my Linky Party Page to see where I like to share stories like this one.