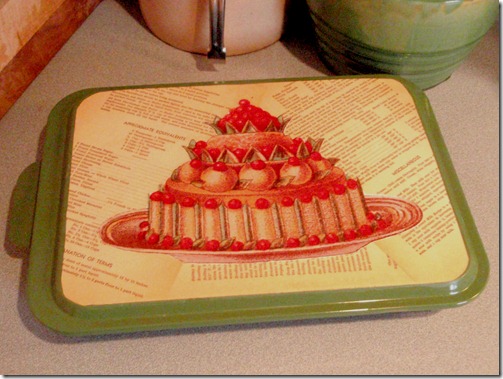 At the beginning of the month I found this awesome cake pan at the outlet mall.  Do you remember these?  It brought back memories of rice cereal treats and yummy brownies.  Even though the lid didn’t slide, thankfully it pops on and off, I knew I had to get at least one! Once I got it home I noticed that the top showed fingerprint smudges and it just looked too plain.  Mod Podge to the rescue! 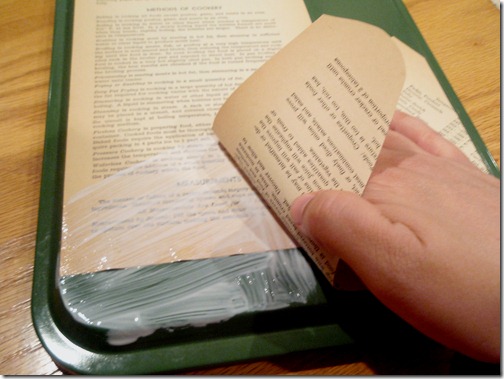 First I cut to cover and applied a few pages from an old cookbook I found.  Guess where I found it, on my book shelf.  Apparently when Teagan was still in school his Art teacher had given it to him (don’t ask, I still don’t get it).   What a cookbook it is; there’s actually a cookie recipe with Catsup in the title…ewwww!  I’m going to be writing more on it later. 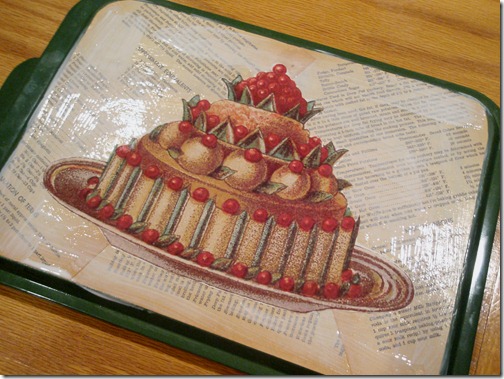 Once they were on I added a supersized cake graphic from The Graphics Fairy and that’s all the she wrote! 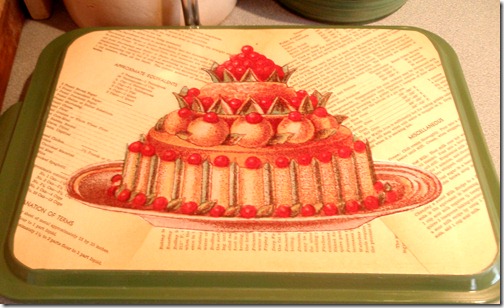 Visit my Linky Parties page to find out