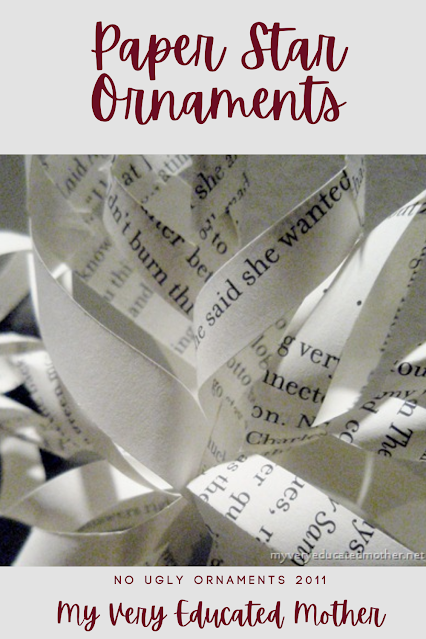 This is an ornament I’ve wanted to make since I first saw it on How About Orange many years ago.  For one reason or another, it never seemed to happen.  Then my brother, Chris, tried to explain this awesome ornament he thought the kids and I would like to make.  I thought it sounded familiar, but it wasn’t until I watched his tutorial that I realized it was the same ornament!  No more excuses – it’s time to make this paper snowflake ornament. 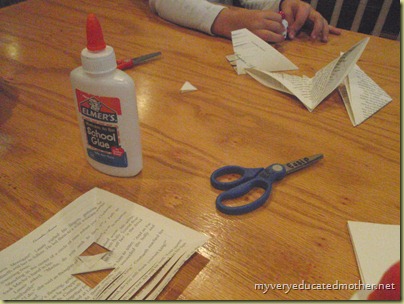 Sorry, I couldn’t figure out how to embed the video…here is a link to it… I hope it works.

At first, the kids followed along with a little help, but I think they’re just worn out from a long day, as you can tell in the video.  They abandoned me, but that’s okay. I had fun making these. 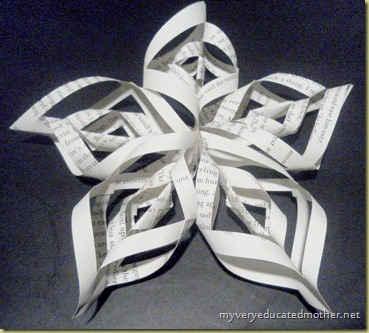 While this paper ornament is good on its own, you know I’m going to take it one step further, ala How About Orange.  After I had five of them made, I carefully glued them together.  Viola!